I have lived in Hertford for over 35 years and would never have dreamt of going to Harlow to look around. I ignored the “Sculpture Town” signs. My visits were confined to the Latton Bush Centre for meetings of the former East Herts Institute of Advanced Motorists, now amalgamated with other groups. I fear I had a rather sniffy attitude to the town over the border even if it was the birthplace of fibre optics.

I am a member of a Hertford gym and seven years ago,  engaged a young, personal trainer from Harlow, to assist in my dream of learning to surf over 50 years of age. He was rather disparaging of his home town. I then saw an article in Country Life, dated 27th January 2016, on the statues and the forthcoming exhibition “Out There: Our Post War Public Art” at Somerset House, to include Harlow. My trainer was singularly unimpressed, having better things to do in London. I love London and out of curiosity, on one of my frequent visits, attended the exhibition. I was amazed at the four rooms devoted to Harlow and found the concept of public art, compelling. I collected some flyers which included Friends of the Statues, Harlow Heritage Society and Harlow Civic Society. I joined them all and have been privileged to meet delightful, cultured, passionate and expressive people. Members are keen to promote the town and dispel the negative connotations associated with it, such as vulgar, rough and loutish behaviour which can in fact happen anywhere.

My favourite sculpture is Chiron, by Mary Spencer Watson  1913-2006. This statue is cast in Portland stone, marked 74 on the “North of Town Centre – green route” contained in the Harlow Sculpture Map available from The Gibberd Gallery and as an app.  Chiron is based in front of Moot House in the Stow.

Some years ago I searched for this sculpture. I wandered around with my head buried in the map. People were delighted that I was taking an interest in their home town. One chap, quite unprompted,  even directed to me to Julia by Gerda Rubinstein, in Sewell Harris Close. Another man and his daughter directed me to the Leah Manning Mural at the Day Centre, Park Lane. 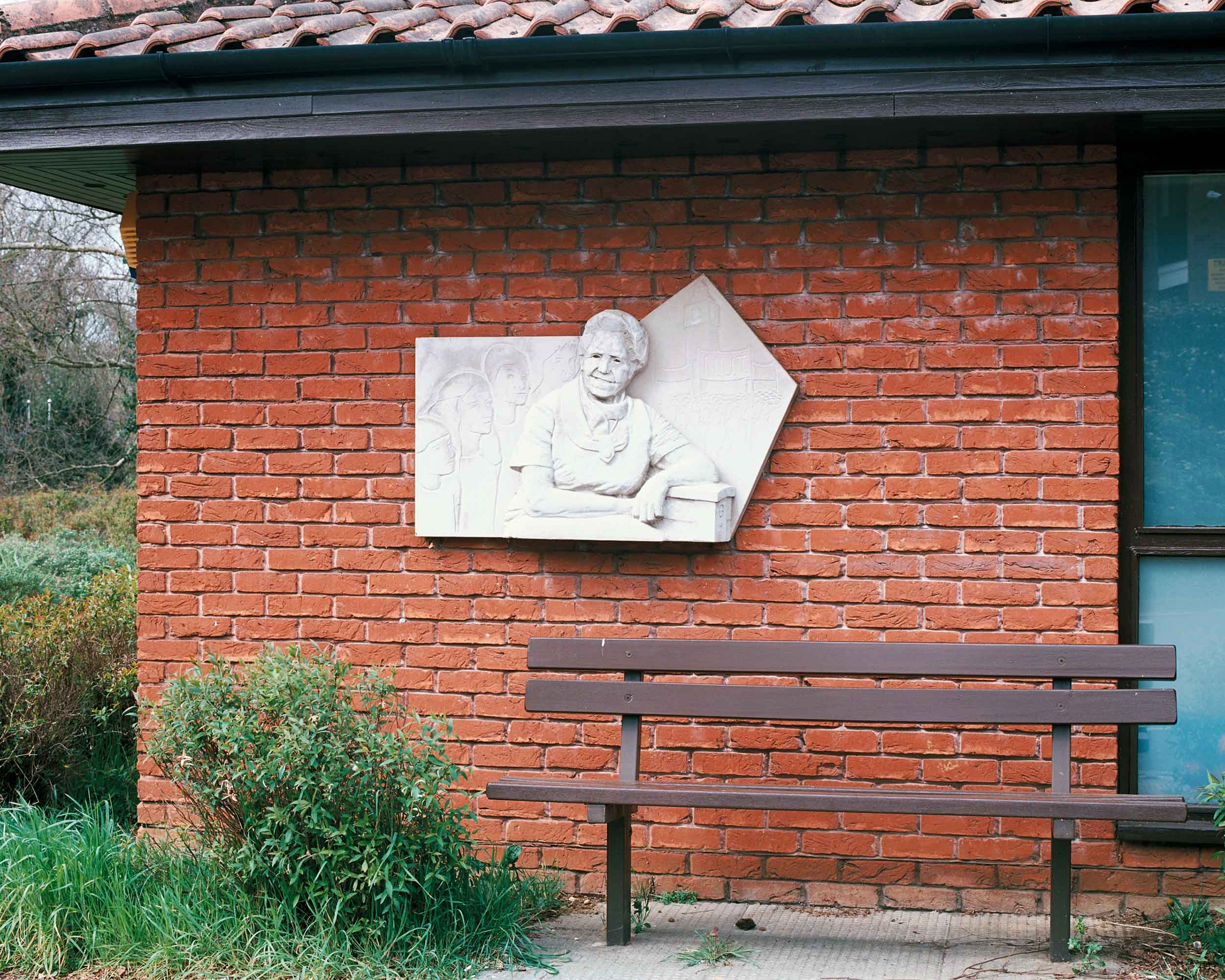 I then approached the offices of a taxi company to determine where Chiron was. The receptionist had no idea what I was talking about but exhorted me to let her know  when I did discover Chiron’s location. This, I was happy to do, on my way back. The statue was quite close by. A worker at Moot House leant out of an open window to talk to me and point out the statue.  Subsequently, Cherith Lowry, a member of Harlow Heritage Society, explained  to me that Chiron’s tranquil face depicted a teacher passing on knowledge to Archimedes who he cradles in his lap. I am not sure if Archimedes is strumming a lyre held by Chiron, or a wax tablet he is to write on. Perhaps someone more knowledgeable can enlighten me. I find the statue peaceful and calm, illustrating what teaching should be about – a gift of knowledge to pass on. 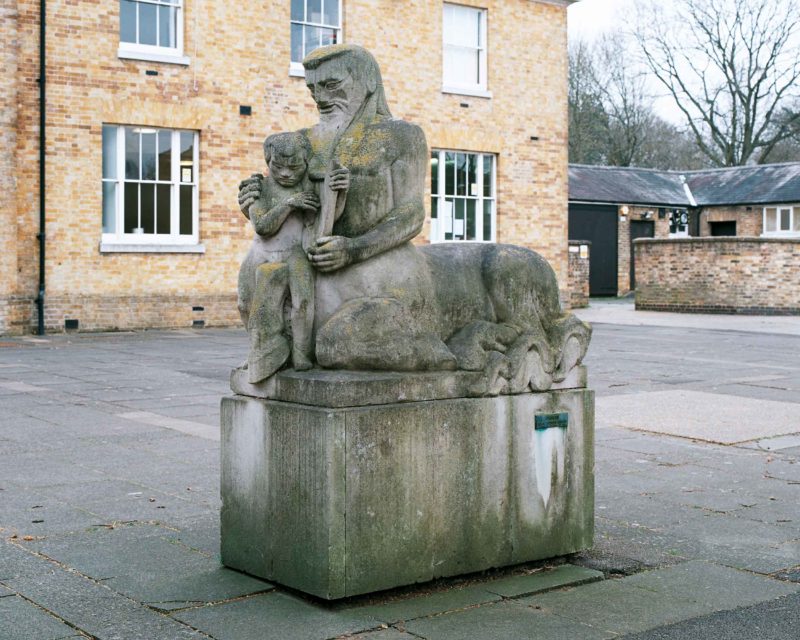 There are some wonderful, stimulating and thought provoking statues in Harlow. I have learned much as a result of researching the sculpture, such as the origins of  the cast of Eve, who I recognized in original form,  on a visit to Rodin’s house in Paris. I had no idea that people do come from all over the world to view the sculptures. There is much to ponder on!  I look forward to visiting “Sculpture Town” again in healthier times to view the remainder of the statues.