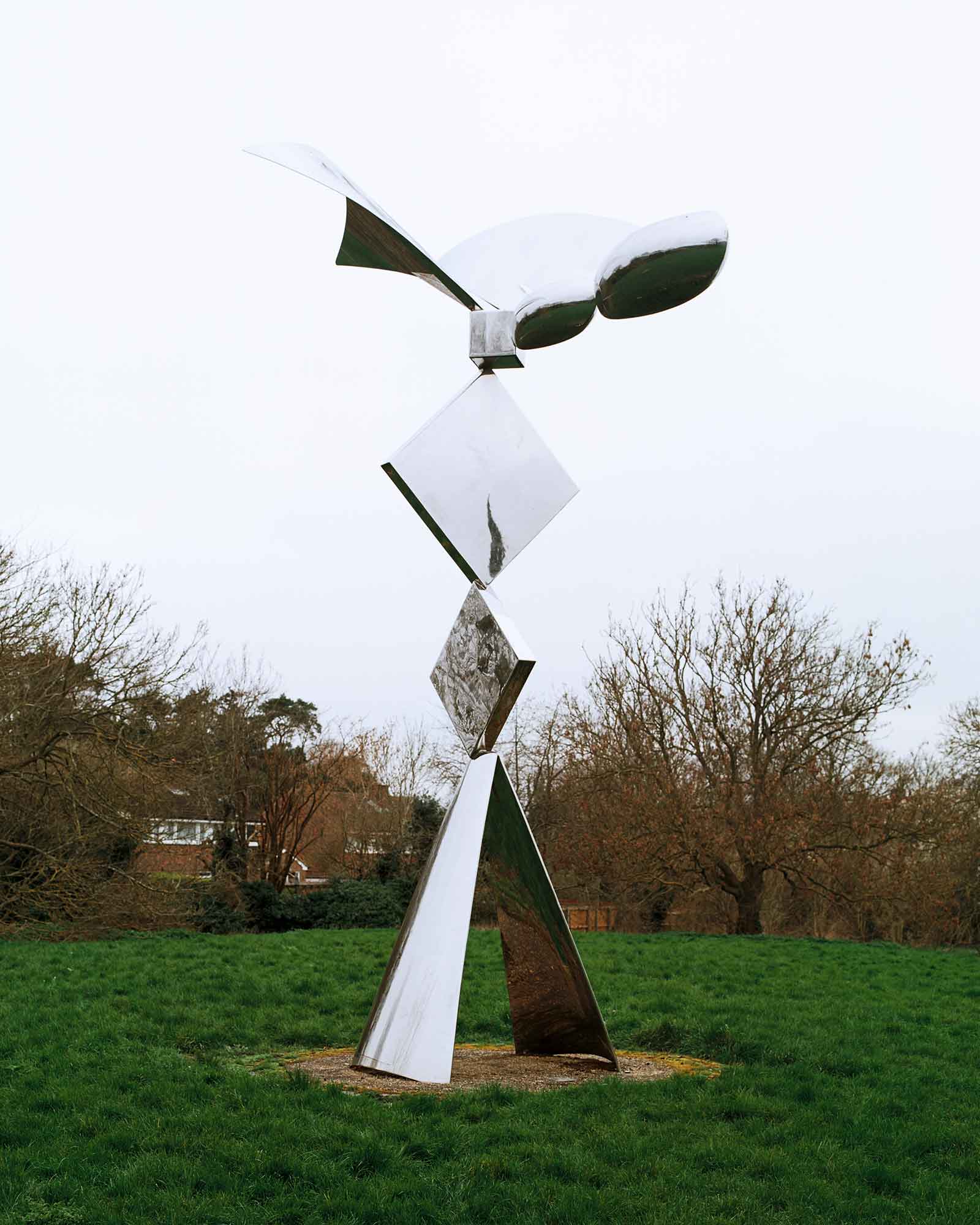 Solo Flight was originally commissioned in 1982 for the Harvey Centre, the town’s central shopping mall. As a town space it was intended to be embellished with sculpture, planting and seating and open late, after the shops had closed, to serve as a meeting and congregation space. At 8.5 metres high and nearly 6 metres wide, the entrance to the Harvey Centre could not be completed until the sculpture was installed. It stood in an illuminated pool with a fountain, dominating the main space for many years.  It was later disassembled, replaced with a lift, and re-sited to First Avenue, where it remains to this day.