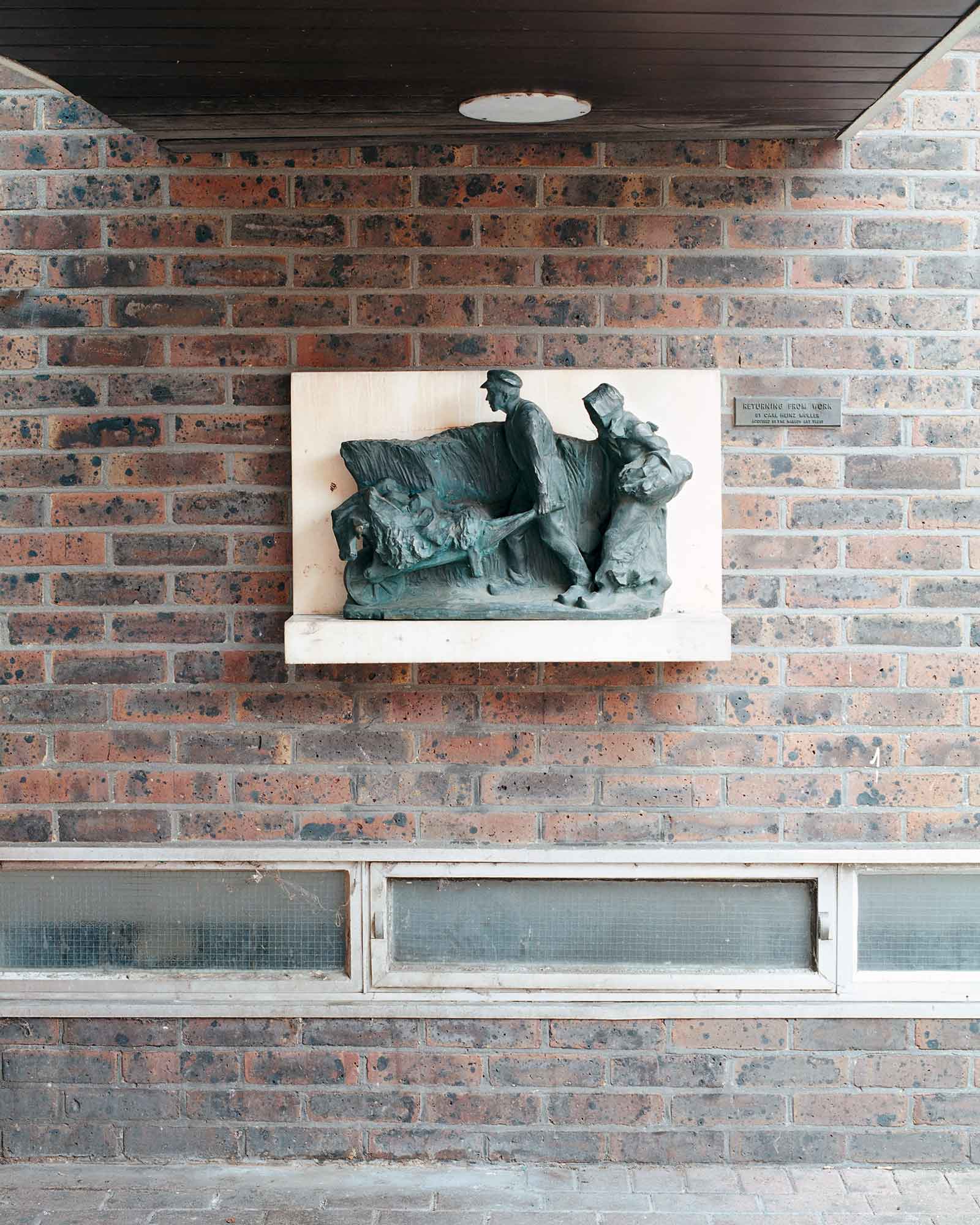 Returning from Work was bought by the then director of the National Gallery Sir Philip Hendy in 1963 for £10. It is attributed to Carl Heinz Muller, although there is debate around who this was. It has been suggested the piece is actually by Reginald Fairfax Wells (1877-1951) an eccentric sculptor-cum-housing developer with a passion for the pastoral. In the 1920s Fairfax Wells bought 50-acres of Sussex heathland on which he built 200 ‘Wells Cottages’ – deliberately without electricity or running water – in the 17th century style.