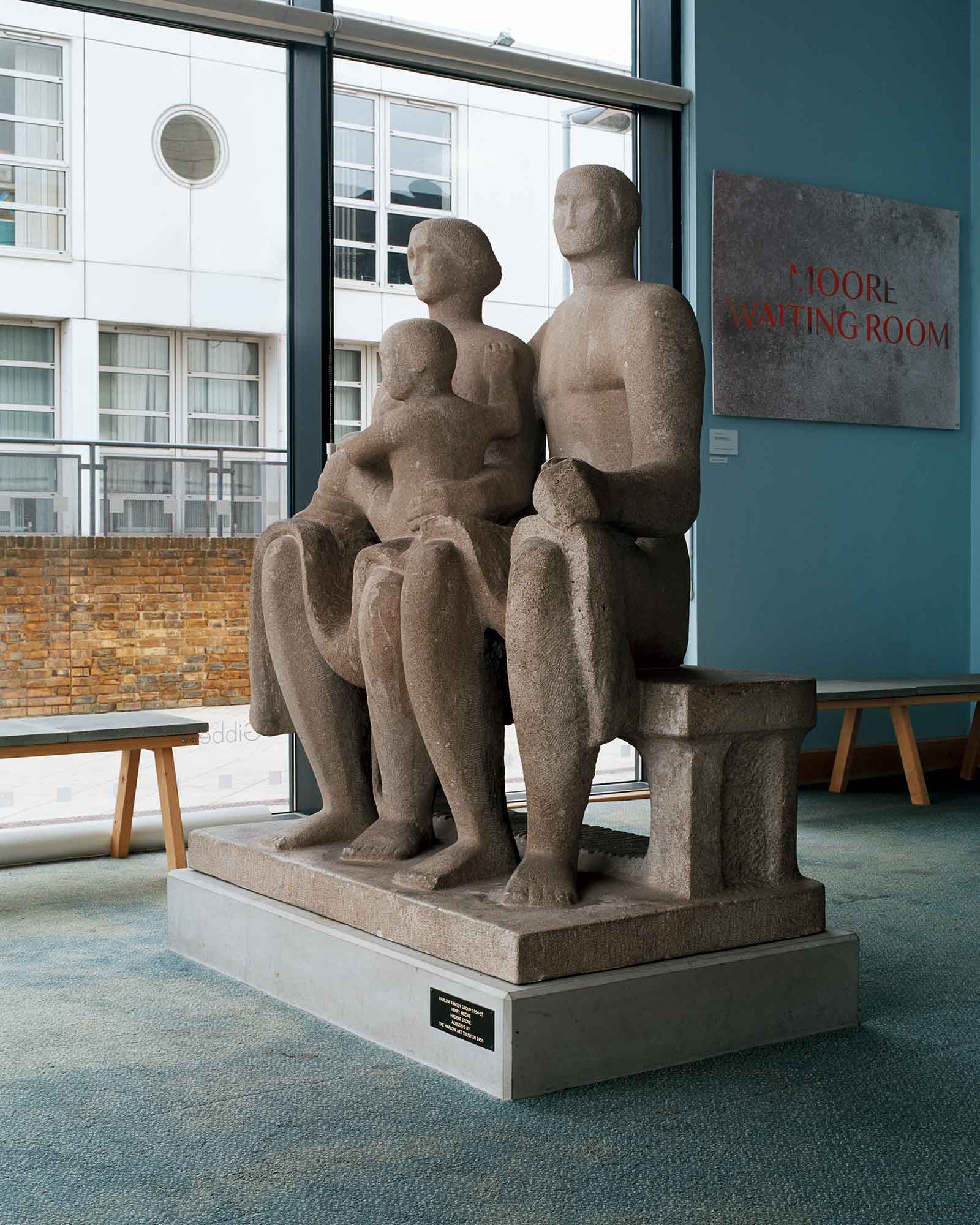 Harlow Family Group was commissioned by Harlow Art Trust in 1953. It was one of Moore’s first major public works. At the time, the theme was particularly appropriate for Harlow, which had been dubbed ‘Pram Town’ by the press on account of its fast growing population of young families. The sculpture was intended to be surrounded by greenery and open space and was first sited on the common near St Mary-at-Latton church. However, in the early 1960s the head of the child figure was knocked off – either by a brick or a stray football. Moore restored the sculpture and it was re-sited to the town centre. The head again went missing in the mid-1980s and was returned some days later by an art student from Harlow College. Harlow Family Group has been in this location now since 2004.