Menashe Kadishman (1932-2015) was born in Tel Aviv in 1932 and later studied at St Martin’s School of Art and the Slade in London. A one-time shepherd, Kadishman’s works are often evocative of the Israeli landscape of desert and rocks. At the 1978 Venice Biennale he even exhibited a live flock of blue sheep. Stone Carvings I and ÎI first came to Harlow as part of a much larger work installed in the Water Gardens during the Harlow Arts Festival of 1965. Two were acquired and resited at Hollyfield, then a new housing development. Kadishmen’s work is held in the Tate collection and in 2002 he created Salechat, a permanent installation for the Jewish Musuem in Berlin. 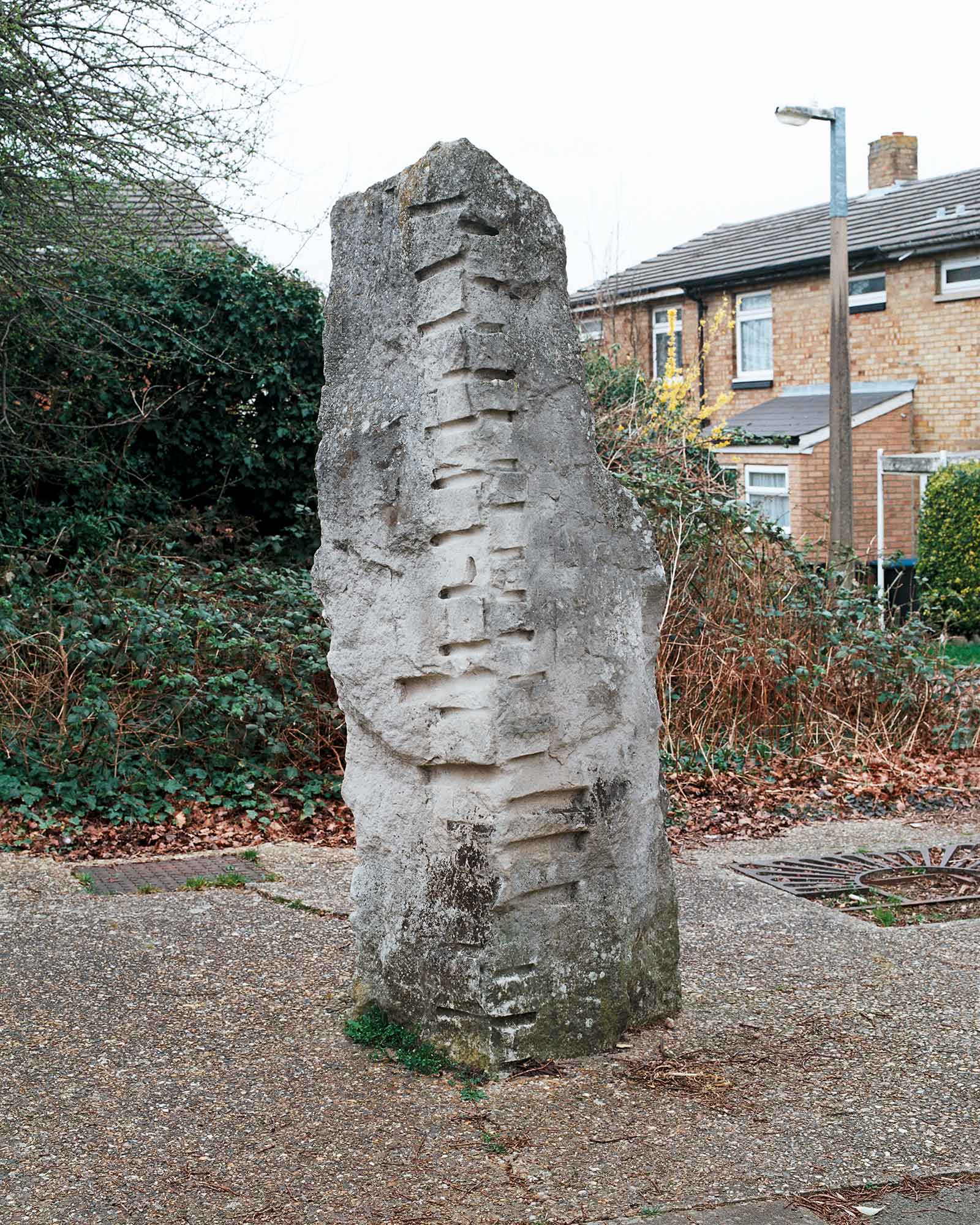