In the 1950s William Mitchell worked in the London County Council Architects Department to design and produce decorative works for the many new developments springing up across the city. Demand for public artworks during the post war period was such that he was able to set up his own company in the 1960s. At one point he employed over 40 skilled craftsmen and artists. Four Heraldic Panels were originally sited on Harlow’s first town hall, which was demolished in 2004. 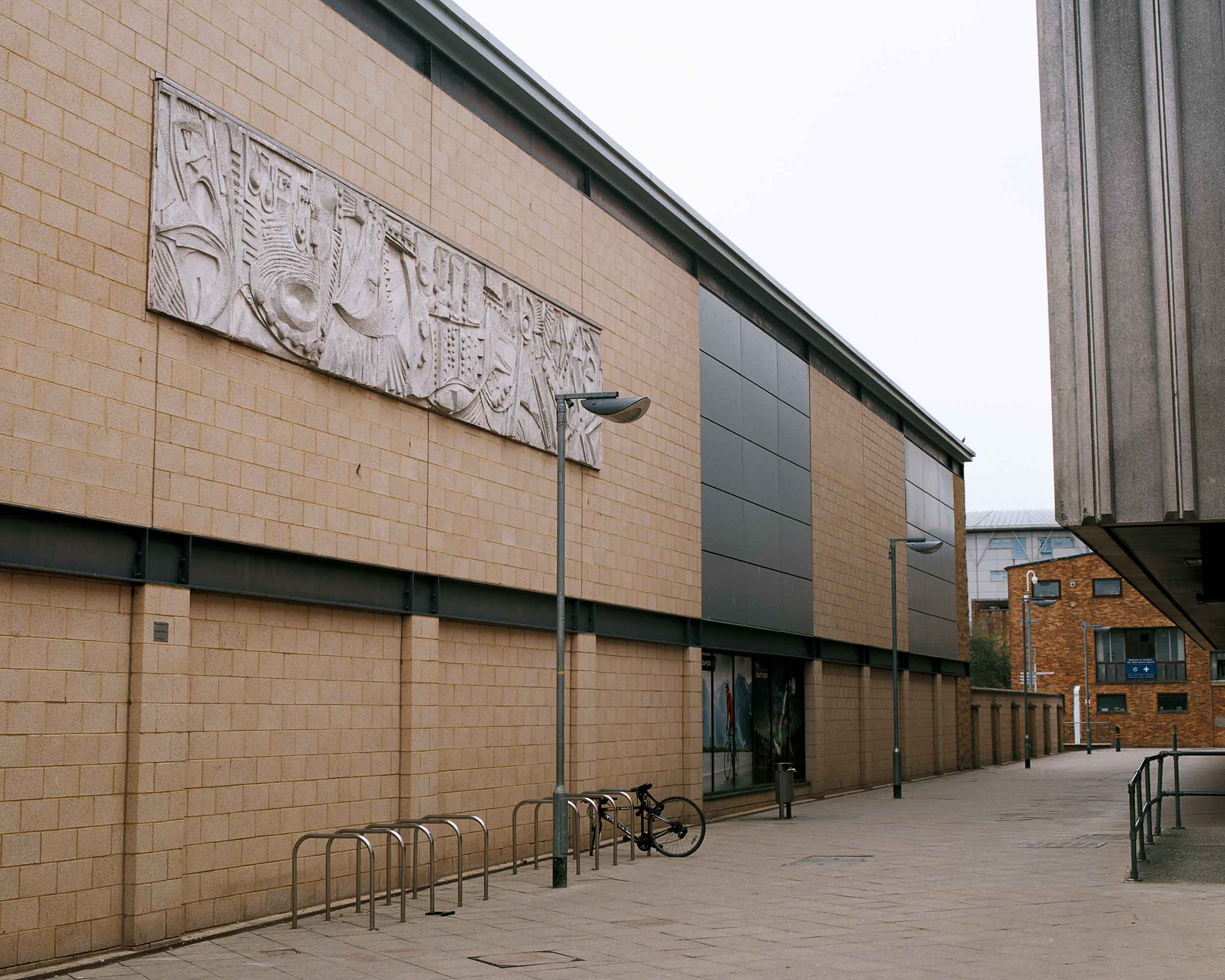