Willi Soukop (1907-1995) grew up in Vienna and later became part of the dynamic émigré community of musicians, artists, dancers and actors that taught at Dartington Hall in the 1930s. Donkey was given Grade-II listed status in 2016 and in 2017 was voted Harlow’s favourite sculpture. Although Gibberd lamented the damage caused to the collection by climbing children, in the case of Donkey he felt “the resultant polishing adds to its interest.” Patina loss from persistant playing over the years is now considered an important part of the work’s heritage. 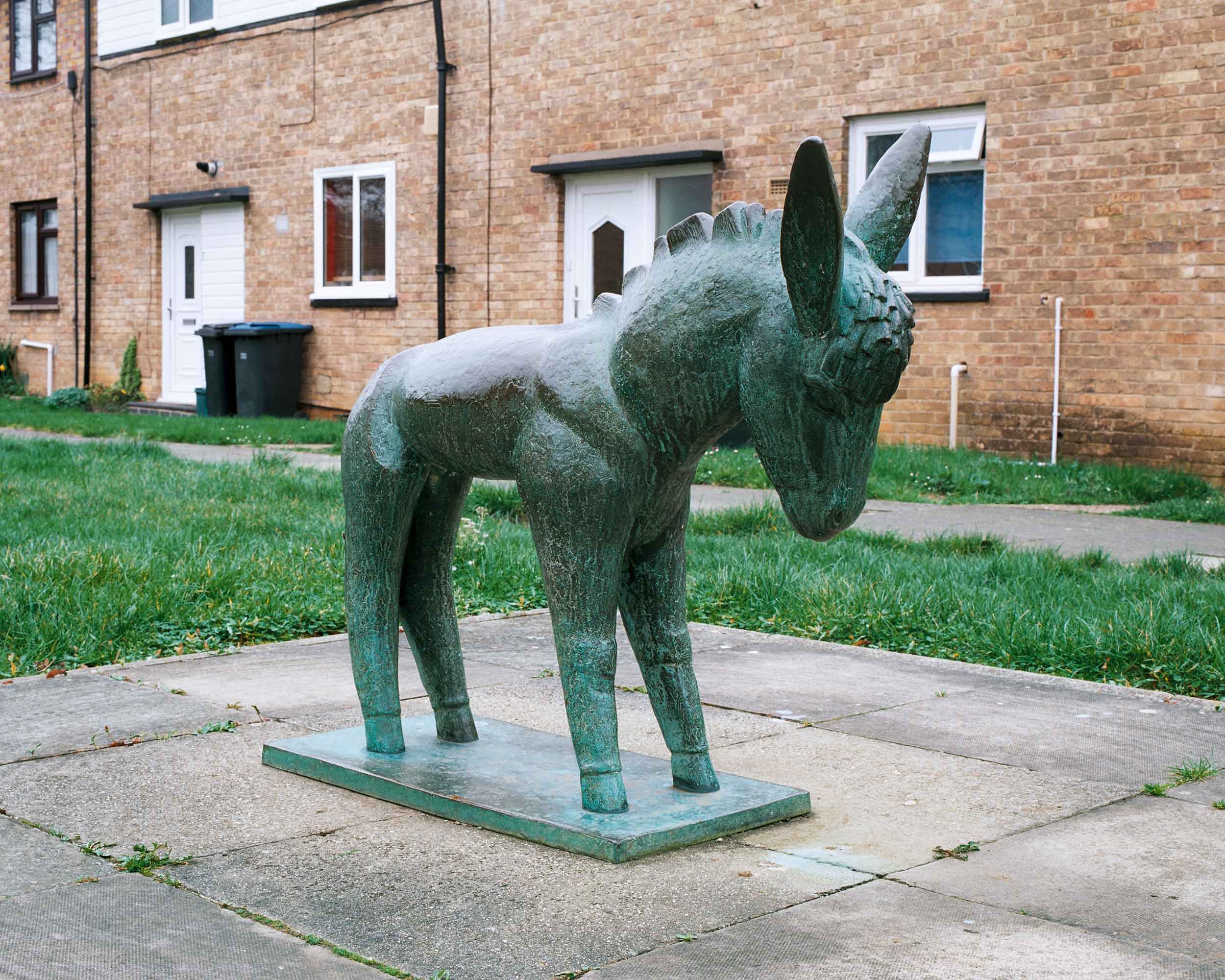